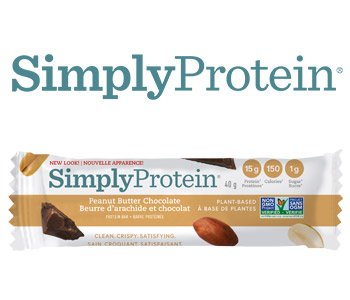 Average member rating:
(5,822 votes!)
Life is busy and you like to keep things simple – and so do we.

Our founder, Cathy, was looking for snacks with a short list of clean ingredients that would give her everything she needed (like lots of protein) and nothing she didn’t (like lots of sugar)!

When she couldn’t find anything, she started SimplyProtein®.

Over 15 years later we’ve stayed true to what was most important to Cathy.

SimplyProtein® bars are plant-based, Non-GMO Project verified and uniquely light tasting and crispy with 1g of sugar. Very high in fibre and high in protein, they are the perfect snack no matter what direction your day takes.