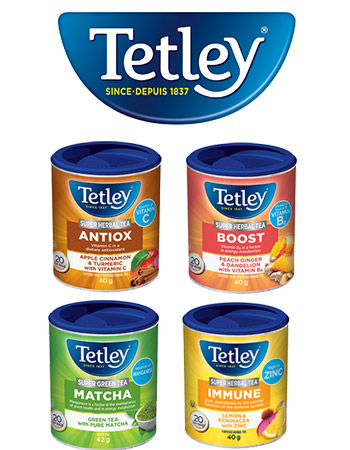 Each tea perfectly blends the flavours you've come to love from Tetley with health benefits to help you conquer the day!