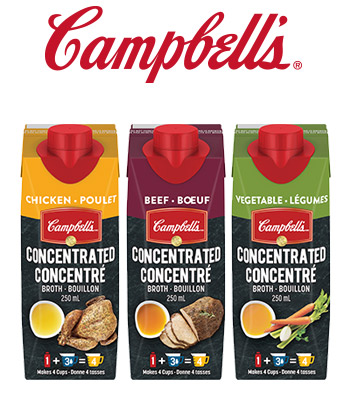 Average member rating:
(9,377 votes!)
Campbell's® Concentrated Broth is up to 4x concentrated vs. Campbell’s® Ready to Use Broth so that you can dial up and down the flavour intensity of your dishes. Simply add less water for more flavour!